Finite element method pdfs these days are numerous on the internet.  Some are of better quality than others and search results often are swamped by generic cut and paste lecture notes.

The two references that I have found useful in understanding FEA and that are available for public use are listed below. 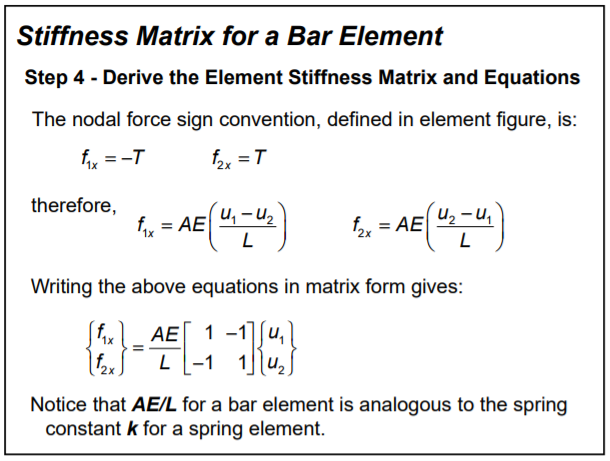 The CIVL 7117 Finite Element Methods in Structural Analysis coursework published by the Herff College of Engineering are a very well presented set of notes.   The entire of FEA course Pdfs are available and cover the first principles creation of 1D and 2d elements.   The CST element used in Quickfem is described here.  Also the relative benefits of CST vs LST are listed and support my personal view that CST elements for first look comparative FEA are more than good enough if you can pack enough in.

One of the best resources for FEA pdfs is the Colorado University structural analysis course.  The coursework has been built up over a number of years, starting in 1987.  The website itself is relatively ancient having been launched way back in 1998!

The notes have a focus on how to actually write FEA software.  Hence there are in depth sections to do with assembly of simple single element models and more complex multi element models.  Quite a few worked, numerical examples are provided along with code snippets written for Matlab. 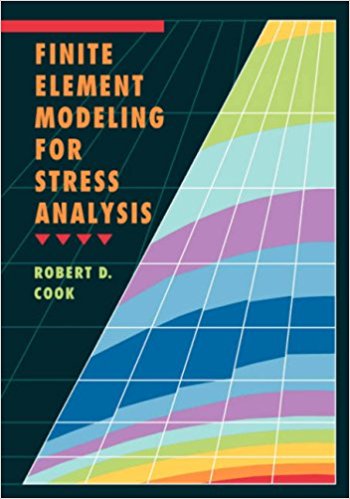 Not supplied as a pdf, but rather as a recommendation to buy a hard copy as I often see this book in the shelves of structural engineers within the Aerospace and Wind Energy fields.

This book is a cut down version of the more theoretical yellow book (Concepts and Applications of Finite Element Analysis 4E) and aims to provide a more practical focus.  The book contains examples of model creation and the limitations and common mistakes made in FEA.

In common with many FEA textbooks there is a lot of emphasis on the theory behind the creation of elements, rather than simply supplying practical element formulation and stiffness matrices.  Probably a hard mix to get right, but from an engineer’s perspective I want to know how to implement and what are the limitations.  The higher level mathematics is nice but highly specialised.  In Quickfem (so far) I have basically avoided the more complex elements at this point to concentrate on usability.

I provided a link to the Amazon book store for this mainly because there are quite a few reviews here already.

This user guide video shows some of the main model building features of the Quickfem FEA App.

Quickfem FEA Engineering App launched on iTunes on the 16-Dec-2016.

The preview video below shows a selection of the features available.

Quickfem currently uses planar constraint strain triangle elements (CST).  CST elements are the simplest planar elements to create, solve and understand, and as such are ideally suited to FEA on mobile platforms.

The main limitation of CST elements is that they are overly stiff in bending, however, this can be addressed by increasing the number of elements in your FEM until convergence is achieved.

The example below is the Quickfem implementation of the example problem from Finite Element Modeling for Stress Analysis, 1st Ed, by Robert D. Cook.   The exact solution is calculated from beam theory with included terms from shear deformation mode.